On February 4, 2003, the CAPE-OPEN Laboratories Network held its Annual General Assembly of Members at BP Research and Engineering Centre in Sunbury-on-Thames, UK.

The Full Members present were:

The Associate Members present were:

Michael HALLORAN and Daniel PINÕL, both from Aspentech, were CO-LaN guests. 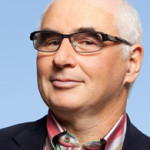 Bertrand BRAUNSCHWEIG opened the meeting by explaining that the bylaws changes associated with the adoption of Full and Associate membership have been notified to the appropriate authorities, as required by French law.

At the end of 2002 there were 10 Full Members and 22 Associate Members.  However, Mitsubishi Chemical Corporation has resigned due to a change in strategy and it is unlikely that JGC will confirm membership for 2003.  AspenTech have not yet formally become an Associate Member, although they are participating and have indicated their intention to join.

The issue of membership was regarded as urgent by the meeting and all were requested to think of ways to encourage other companies to join and also to provide appropriate contact names in the target companies.

The CO-LaN web site has been completely revised, using openCMS underlying software.  The work has been done by RWTH-I5 and funded by GCO Support.  However, from May 2003 the web site development and maintenance will have to be funded by CO-LaN.

The Annual Meeting of Members endorsed the above activity report. 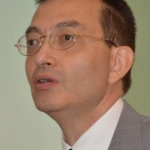 The level of financial activity in 2002 has been determined by the revenue shortfall in membership fees.  Only seven of the ten expected full membership fees have been received, but, despite that, useful progress has been made, the budget has remained in balance and the reserve has been maintained at 84,527.64 €.

The financial details are summarised in the table below and reflect the activities described in the Status Report above.

The Full Members present endorsed the Financial report for 2002.