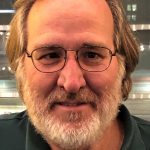 While the process through which the Technical Qualification Board gathered at US EPA reviewed the work and promotion qualification of Dr BARRETT remains confidential, CO-LaN sincerely hopes that the impressive work Bill carried out on CAPE-OPEN over the last 15 years or so had some weight in the promotion decision.

Bill was directly instrumental in organizing the first CAPE-OPEN public conference in the U.S., later designated as the 1st CAPE-OPEN US Conference on August 24-25, 2005. Dr Bertrand BRAUNSCHWEIG, then President of CO-LaN, and Dr Michel PONS, CO-LaN Chief Technology Officer, made presentations there as well as many other organizations did plus the conference was well attended in Cincinnati, Ohio. It gave credibility and visibility to CO-LaN and CAPE-OPEN in the U.S., leading to a recognition through AIChE for example.

Bill developed a CAPE-OPEN Processing Modelling Environment relying on CAPE-OPEN for its architecture and interoperability: the Metal Finishing Facility Pollution Prevention Tool (MFFP2T), for the metal finishing industry. This work was presented in a paper at ESCAPE-13 and later published in Computer Aided Chemical Engineering.

Bill has been the leader of the Methods & Tools Special Interest Group at CO-LaN since October 2009. The Methods & Tools SIG has developed and released an impressive list of Errata & Clarifications documents, the Flowsheet Monitoring interface specification and is supervising the COBIA development project.

Once again, congratulations to Bill!