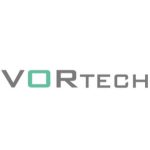 VORtech started in 1996 as a spin-off company of the Faculty of Mathematics at Delft University of Technology. Since then, it grew into a flourishing company with more than 20 people on the staff. VORtech is located in Delft, The Netherlands.

VORtech BV applied for Associate Membership in CO-LaN on October 1, 2013. CO-LaN Management Board reviewed the application and accepted VORtech as a CO-LaN member on October 28, 2013. VORtech was represented by Maarten BOSMANS, a scientific programmer.

Back in 2010, VORtech developed the CAPE-OPEN layer around FluidProp, a thermodynamic server from Delft University in the Netherlands.

VORtech has also been involved in a European-funded project which, among other goals and deliverables, aimed at developing a CAPE-OPEN thermodynamic socket in MODELICA. On December 12, 2013 VORtech has been awarded a Consultancy Support action where AmsterCHEM was given the task by CO-LaN to support VORtech for up to 16 man-hours. Support occurred in May 2014 with AmsterCHEM spending one man-hour scanning the code provided by VORtech.

VORtech resigned from CO-LaN on December 22, 2020. As stated by Mark ROEST, Managing Director at VORtech, “we have not been actively engaged in any CAPE-OPEN related work for some years now so it wouldn’t make sense for us to continue our membership.” On January 14, 2021 CO-LaN Management Board acknowledged VORTech’s decision to cancel their membership in CO-LaN.

CO-LaN thanks VORtech for its involvement in CO-LaN for 7 years, for the implementations of CAPE-OPEN thermodynamic interfaces in FluidProp as well as within Modelica as part of the European Clean Sky initiative.

Struttura Informatica defines itself as a Software and Process Engineering Solutions provider. It has been for many…

Virtual Materials Group (VMG) joined CO-LaN at the very beginning of CO-LaN, back in 2001 with Marco…