Back in 2009-2010, INOSIM was involved in a research project aiming at closing gaps between chemical process modeling and discrete event simulation. One of the project requirements was to bring within discrete event simulation software the thermodynamic models coming from chemical process modeling software. This called for CAPE-OPEN interfaces to be used. 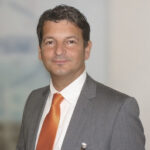 The company reported on the development of a CAPE-OPEN thermodynamic socket at the CAPE-OPEN 2013 Annual Meeting.

In November 2015, INOSIM Software GmbH announced that “The new INOSIM CAPE-OPEN Interface extends our tools by data and calculation methods taken from scientific databases. It allows the integration of physical and thermodynamical data pools into the simulation in order to compute material properties.”

Struttura Informatica defines itself as a Software and Process Engineering Solutions provider. It has been for many…

Virtual Materials Group (VMG) joined CO-LaN at the very beginning of CO-LaN, back in 2001 with Marco…