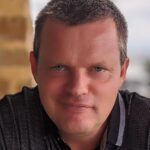 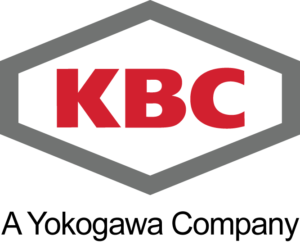 At the CAPE-OPEN 2020 Annual Meeting, Dr Behnam SALIMI (speaker), Dr Richard SZCZEPANSKI from KBC (a Yokogawa Company) and Dr Jasper van BATEN (AmsterCHEM) presented (PDF, video) on the recently developed CAPE-OPEN interface of MultiFlash using COBIA. This development has benefited from the support of CO-LaN through its consultancy services scheme.

Multiflash has been a CAPE-OPEN Process Modelling Component from the early days of CAPE-OPEN, used extensively in the tests made by the Interoperability Task Force within the Global CAPE-OPEN project, serving as prototype for the Thermodynamic and Physical Properties interface specification in version 1.1, etc… Adding a CAPE-OPEN layer according to the COBIA implementation of CAPE-OPEN so early in the deployment of COBIA shows to CO-LaN the on-going commitment of KBC to the CAPE-OPEN standard.

A new CAPE-OPEN (CO) interface for KBC’s Multiflash physical property package has been developed based on the CAPE-OPEN Binary Interop Architecture (COBIA) middleware. COBIA is a middleware platform and Application Programming Interface (API) that is purpose-built for use with CAPE-OPEN. As a middleware, it implements component registration and instantiation, defines format of data types, ensures interoperability, and provides a variety of API functions.

Multiflash version 7.1 and older versions use legacy COM-based CO interface. While COM is a proven technology that needs to be supported by COBIA, however, it is restricted to Microsoft Windows. Whereas COBIA is designed to run on any operating system and support a variety of development tools. The COM/COBIA interop is provided for the Microsoft Windows platform. COBIA PMEs can automatically access any COM PMCs that are registered on the system. The library that manages the COBIA-COM interop is called COMBIA and is installed automatically with COBIA. In addition to multiplatform capability, COBIA offers other advantages compared to COM. It is strongly-typed, making it less error prone. In COBIA all the data allocation responsibilities are on the caller allowing for simpler and more efficient design compared to COM.

In this presentation we outline the challenges and lessons learnt during the implementation process of the COBIA-based CAPE-OPEN interface for Multiflash. We have assessed the computational performance of the COBIA Multiflash PMC with a COBIA PME and compared it with COM Multiflash PMC with a COM PME. We have also examined the impact of using the COMBIA component that allows a COBIA PMC to interoperate with a COM-based PME and vice versa. This study was carried out for different sizes of datasets to check the impact of size of dataset on computational performance of COM and COBIA. We intend to release the Multiflash COBIA interface along with Multiflash version 7.2 later this year.