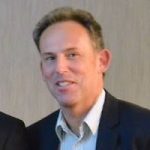 Dr Tony GARRATT, representative of ANSYS in CO-LaN, has notified today CO-LaN that, effective December 31, 2020, ANSYS resigns from CO-LaN membership for the time being. This decision follows the modifications of CO-LaN bylaws that come in effect as of January 1, 2021.

ANSYS states that “if, in the future, ANSYS receives requests from customers or projects that require us to support CAPE-OPEN interfaces, ANSYS will ask to re-join“.

ANSYS’s participation in CO-LaN goes back many years.

Fluent Inc, then not yet part of ANSYS, joined in February 2002. This was at the beginning of the APECS project that saw CAPE-OPEN interfaces being implemented to permit a Fluent CFD model of a Unit Operation to be plugged in a process simulator. This achievement was presented at the ESCAPE 12 conference held in The Hague, the Netherlands. Initially this feature was demonstrated in Aspen Plus but later on CO-LaN was able to test it in various PMEs when ANSYS provided a license of Fluent to CO-LaN. It was a real technical challenge at that time to create a COM-CORBA bridge for CAPE-OPEN. The COBIA development project at CO-LaN aims at making such a bridge much more easier to develop and maintain.

This bridge between CFD and process simulation software was much used within the APECS project at the National Energy Technologies Laboratory under the leadership of Dr Steve ZITNEY. A compilation of the work done in APECS was presented by Dr ZITNEY at the 7th International Conference on the Foundations of Computer-Aided Process Design (FOCAPD, 2009, Breckenridge, Colorado, USA. As stated by Dr ZITNEY, “APECS is compliant with the process-industry CAPE-OPEN software standard and facilitates efficient integration, solution, and analysis of process/equipment co-simulations.”

Following the end of APECS, the use of the CAPE-OPEN bridge between Fluent and PMEs went to a still and ANSYS did not distribute anymore the corresponding piece of software.

CO-LaN thanks the many people involved first at Fluent and then at ANSYS in their journey with CO-LaN: Dr Syamlal MADHAVA, Dr Maxwell OSAWE, Dr Jens MADSEN and lately Dr Tony GARRATT.

CO-LaN pays tribute to ANSYS for having demonstrated how CAPE-OPEN can be used to merge two different domains of modelling and hopes that ANSYS can be involved back in CAPE-OPEN in the future.