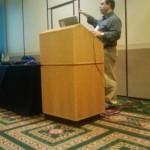 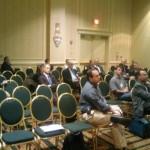 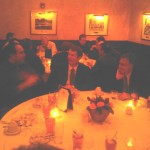 Session #397: CAPE-OPEN current status and future – up to 26 attending.

Session #476: Experiences with CAPE-OPEN interfaces – up to 25 attending.

A CAPE-OPEN dinner was organized as a side-event on November 19 evening with 18 people attending.