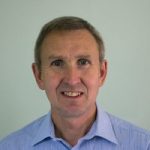 Presentation given at OPTIMIZE 2011 by Dr Malcolm WOODMAN, BP.

Malcolm has represented BP in CO-LaN for many years, acting as President from November 2010 till December 2015. Since 2007, Malcolm has been leader of the Interoperability SIG. He received the CAPE-OPEN 2015 Award.

The BP Upstream System Optimisation programme (a Field of the future® technology) is working to integrate domain models for all or part of an asset, to add business value through improved operability and production. Examples of business problems which could then be addressed include:

In all these examples, there is a significant business benefit that can be achieved through the use of an integrated model. Current commercially available solutions for integrated models require the use of an “integration” environment, which are all designed to integrate any number of different modelling tools. The model can then be used for many purposes, including life of field modelling. However, there are a number of issues which impact on their ease-of-use, such as:

These can be overcome in some circumstances by a tighter low level integration between the domain modelling tools.

CO-LaN (the CAPE-OPEN standards body) has recently commissioned the development of a CAPE-OPEN wrapper for GAP (from Petroleum Experts) to demonstrate this. GAP can now be used as a “source” unit operation in any CAPE-OPEN compliant modelling environments, including HYSYS. The wrapper also includes a built-in capability to map from a black oil model of the fluid to a compositional representation. The presentation made by Malcolm WOODMAN, demonstrates the potential business benefits of integrating GAP with HYSYS and the ease-of-use of the CAPE-OPEN interface, using a case-study from the BP Upstream asset, Clair, in the North Sea Region. Field of the future® is a trademark of BP p.l.c.