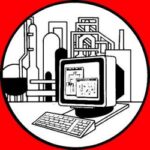 Within this major conference series, many CAPE-OPEN related papers have been given over its three decades of existence, including the first live demonstrations of CAPE-OPEN based interoperability at ESCAPE-9 in May 1999 at Budapest, Hungary and more recently at ESCAPE-27, research work by the same team at Technische Universität Berlin about another aspect of the transformation model implemented in MOSAICmodelling, that time for Scilab.