When at Shell till Decemner 2016, Peter developed gas-treating models and always has been a strong supporter of CAPE-OPEN. Peter initiated a project to make the Shell models CAPE-OPEN compliant. He was closely overseeing the implementation.

Peter attended the CAPE-OPEN 2015 Annual Meeting held at Shell in Amsterdam. He helped organize a CAPE-OPEN workshop at Shell on February 7, 2013.

Peter served as instructor for the COBIA training course organized by CO-LaN on October 8, 2018: “I enjoyed giving the training and the response of the students was very nice.”

Peter participated to the CAPE-OPEN 2018 Annual Meeting. He gave a presentation on his experience with using the AmsterCHEM COBIA Class Wizard for developing a CAPE-OPEN Unit Operation relying on COBIA middleware. 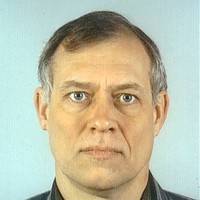 When at Shell till Decemner 2016, Peter developed gas-treating models and always has been a strong supporter…

Ramiz MOMIN is a Chemical Engineer having 7 years of experience in Process Simulation and Modelling, Process…

Malcolm represented BP on the CO-LaN Management Board from February 2005 until the end of June 2016. …

CAPE-OPEN related work and communications:
“Some advices on Unit Operation Interfaces” at the CAPE-OPEN 2015 Annual Meeting

Dean LATHAM has a Bachelor of Science and a Master of Science from Queen’s University in Ontario,…

As an oil and gas engineer, quite often I did calculation using Excel. When I first found…

Renan RANELLI is working on a Master’s degree in process simulation/control/optimization. For him CAPE-OPEN looks like a…