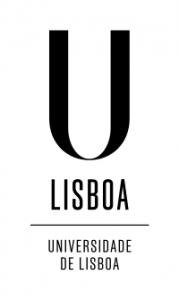 At the core of their design optimisation of reactive distillation columns to produce ethyl tert-butyl ether (ETBE) , there is a detailed first-principles model that considers equilibrium and kinetic information, rigorous physical property data, and catalyst deactivation. The model is described in the paper and has been implemented in gPROMS Modelbuilder 3.5.1, with the necessary physical properties calculated by Aspen Properties 2006.5, plugged into gPROMS through CAPE-OPEN.

CO-LaN welcomes this application of CAPE-OPEN, helping here to use the best thermodynamic model for the application considered. The researchers implement evolutionary algorithms (Genetic Algorithm and Particle swarm optimisation) in MATLAB as optimisation tools. This results in an hybrid strategy where the optimisation step is decoupled from solving the non-linear model of the reactive distillation column. CAPE-OPEN is supposed to help here too with the numerical interface specifications which are in fact implemented in gPROMS.

For use with CAPE-OPEN Tester Suite

Statutory meeting of CO-LaN for 2021

Additional extension to CAPE-OPEN 1.1 is considered.

University of Oslo as new Member

A new Member in Norway