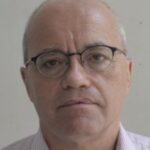 In order to be accreditated to supervise research conducted within French academic institutions, Philippe ARPENTINIER, representative of Air Liquide SA in CO-LaN, submitted a manuscript on his research of the last 30 years and presented today on his work.

Philippe covered topics such as data reconciliation, process simulation, phase equilibria and safety in industrial gas processes. He stressed out

Philippe also pointed the need for interoperability in process modeling and simulation: nowadays it is necessary to easily incorporate new PMCs in existing PMEs, as well as make available models already incorporated in PMEs accessible to other applications. Philippe stated that the CAPE-OPEN standard allows process engineers, through an adequate choice of ready-to-be-used software components, to increase the quality of process developments while reducing the time necessary to perform these developments.

Philippe was awarded the accreditation to supervise research. Congratulations!