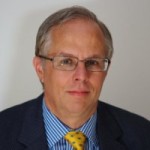 On January 30, 2006 CO-LaN Management Board has approved the application for Associate Membership sent by SimTech.

SimTech was founded in 1991 with the goal to develop and market a state of the art heat balance software for the power industry. As a spin-off from the Institute for Thermal Turbomachinery and Machine Dynamics of Graz University of Technology, since the beginning SimTech’s work was based on several years of experience in research and development in the areas of modeling and analysis of power processes.

In 1992 SimTech started its commercial release of the heat balance code IPSE. IPSE made it possible to create process models graphically by choosing components from a menu. IPSE was the first and for several years the only Microsoft Windows based heat balance code commercially available.

In 1996 SimTech introduced a much more flexible software solution in the market: the modeling package IPSEpro. Unlike traditional heat balance systems, IPSEpro is a completely open modeling environment that allows you to define your own component models. In 1997 IPSE was merged with IPSEpro, making IPSEpro SimTech’s key process simulation product.