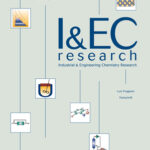 Abstract: “Integrated Gasification Combined Cycle (IGCC) system using coal gasification is an important component of future energy alternatives. Consequently, understanding the system operation and optimizing it in the presence of uncertain operating conditions is important. Moreover, since gasification is the most important component of the system, it is particularly critical to understand the impact of uncertainty in gasification operation on the IGCC system. This article presents research conducted to achieve these objectives. The work initially focuses on developing a computational fluid dynamics (CFD) model for the single-stage coal gasifier, which is a part of the IGCC system. The impact of varying coal composition on the gasifier operations is determined from the CFD simulations. The stochastic CFD simulation results are then compared with those for an approximate gasifier model developed in ASPEN Plus as a part of the IGCC model to characterize and quantify the gasifier operation uncertainty. The CAPE-OPEN compliant stochastic simulation capability is also used to perform deterministic and stochastic multiobjective optimization of the IGCC system. ...”

Comments: the authors propose an approximate gasifier model developed in ASPEN Plus in order to perform optimization using the CAPE-OPEN stochastic simulation capability (STOSIM) on the gasification unit of an IGCC system.